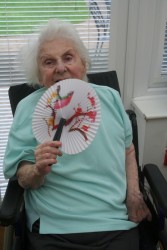 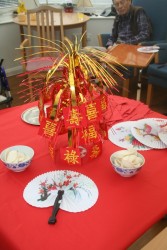 February has been and gone with a mixture of weather

Claire our Gardener had not been able to find a suitable Monday until the end of the month to tend the Flower Beds…now the lovely Spring Flowers are beginning to appear as well as smiles on everyone’s faces !

We have enjoyed a few Reminiscence Sessions…one was remembering cars that were owned or driven years ago.

A four door Dark Green Austen, 1956 Black Standard 8, Vauxhall Estates, Vauxhall Corsair, a Racing Green Ford Orion.  One resident remembers having 5 Bicycles in her family between herself her husband and children.

A dearly loved black and grey Morris Minor with two doors later to be replaced by a four door version was mentioned.

During the war an army Motorcycle was purchased and later an Aerial 500 single cylinder with 350 twin exhaust…then a red Hunter 500 with twin engine !

We celebrated Chinese New Year of the Monkey by listening to Chinese Music whilst enjoying Prawn Crackers with a sweet Chilli dipping sauce surrounded by decorations and cooling ourselves with Chinese style fans.

On checking our dates of birth which ranged between 1920 – 1988 with Residents and Staff who attended we found out we had the Year of the Dog, Dragon, Monkey, Rooster and Rat !! ….being born in the year of the Rat or Dragon did not go down too well !

A lovely new member of our Valerie Manor ‘family’ requested Jazz Music to be played after our Exercise Session…Ella Fitzgerald was a favourite but we also listened to a Jazz Band that John and I saw when we went to New Orleans…many years ago !

See you next month and maybe at The Rabbit Hole Club !