Hello again….where did November go….slipped by so quickly and with so many exciting things going on !

Firstly a wonderful time was enjoyed at the National Care Home Awards held in London this year.  Valerie Manor winning was such an achievement for Zoe and all of her Staff.  I may be a bit biased but thoroughly deserved by Zoe and all staff going that extra mile to give Residents a ‘Home’ to enjoy living in.

John and I not forgetting her brother and sister are very proud of Zoe reaching a goal that has made Valerie Manor what it is today over the past 8 years that she has been Owner/Manager.  Our girl does like to run a tight ship (even I quake in my shoes when I hear her clip clopping down the stairs !)  and it shows when she is given the support by not only her staff but Residents and their Families too !  Thank you.

On the Monday after Remembrance Sunday we had a chat about family members who Residents remembered who fought in the First World War…..one memory was of a family member saying he was 18 as he wanted to join up but was only 17…he had appendicitis when he was on the Front Line and was immediately sent home. Another memory of a Father Richard James joining the Navy and a mother waving him off with other families from Portsmouth Dockyard…a soldier being shot badly in the stomach was called George and was in the Royal Sussex Regiment…one mother had 9 boys in the forces and she wrote to the War Office to ask if one could be sent home…permission was granted and he spent the rest of the War in a Home Posting…a Father named Frank was in the Border Regiment….Reminiscence is great for us all albeit some sad as well as good. 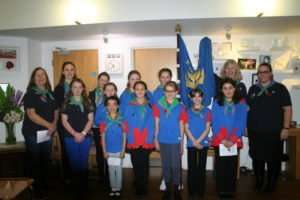 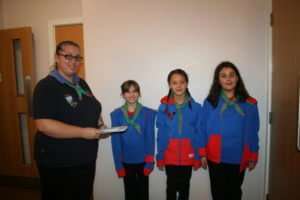 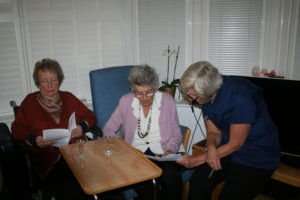 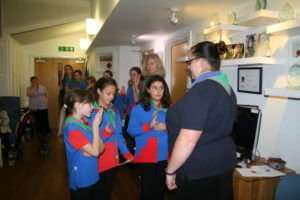